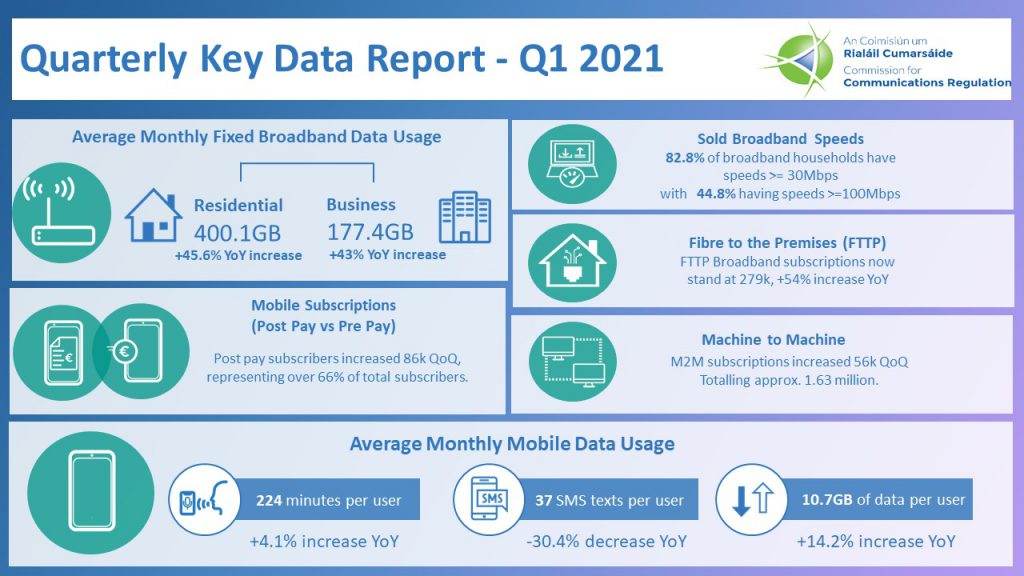 ComReg today released its Quarterly Key Data Report on the Electronic Communications market for the period (1 January to 31 March), Q1 2021.

According to Eurostat, Ireland’s household broadband penetration rate (including fixed and mobile broadband) in 2020 was at 92%, which is higher than the EU average of 89%.

On a monthly basis an average fixed residential broadband subscriber used 400.1 GB of data, an increase of 45.6% since Q1 2020.

The Quarterly Key Data Report for Q1 2021 is available in the publications section here and on the Data Portal which contains the full set of data and associated charts.

ComReg publishes a report on the parcel delivery sector in Ireland

ComReg is seeking your inputs on the future of postal regulation