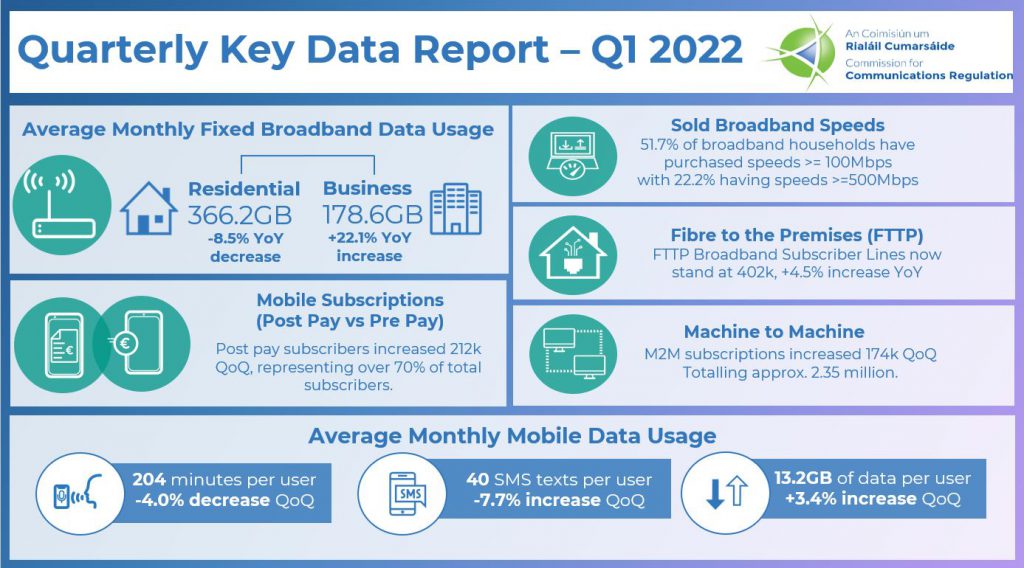 ComReg today released its Quarterly Key Data Report on the Electronic Communications market for the period (1 Jan to 31 March), Q1 2022.

On a monthly basis an average fixed residential broadband subscriber line used 366.2 GB of data, a decrease of 8.5% since Q1 2021.

ComReg publishes the results of the Main Stage of the Multi ... 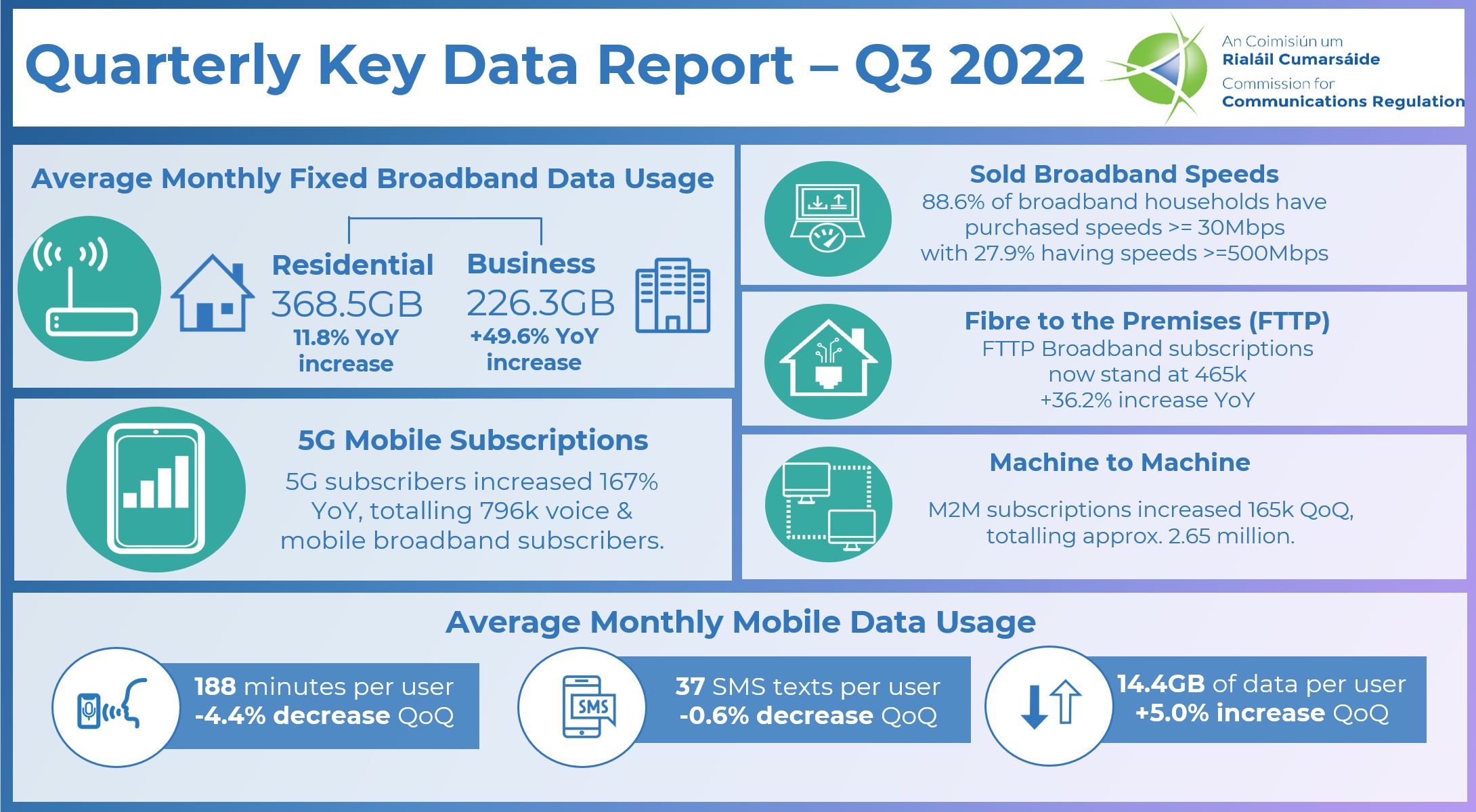 ComReg publishes the results of the Main Stage of the Multi ...