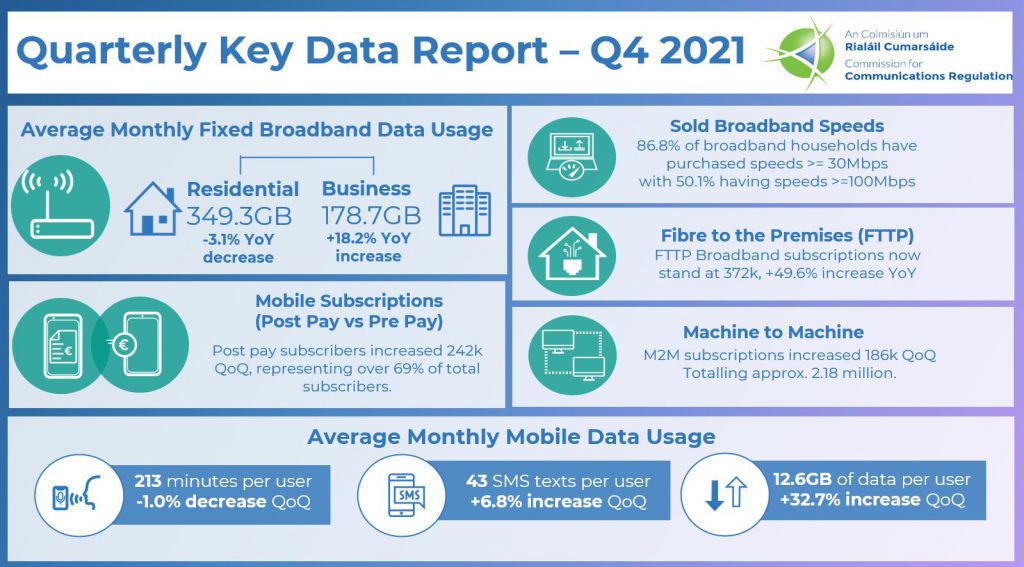 ComReg today released its Quarterly Key Data Report on the Electronic Communications market for the period (1 October to 31 December), Q4 2021.

On a monthly basis an average fixed residential broadband subscriber used 349.3 GB of data, a decrease of 3.1% since Q4 2020.

The Quarterly Key Data Report for Q4 2021 is available in the Publications Section. The data portal which contains the full set of data and associated charts is available on /industry/electronic-communications/data-portal/ 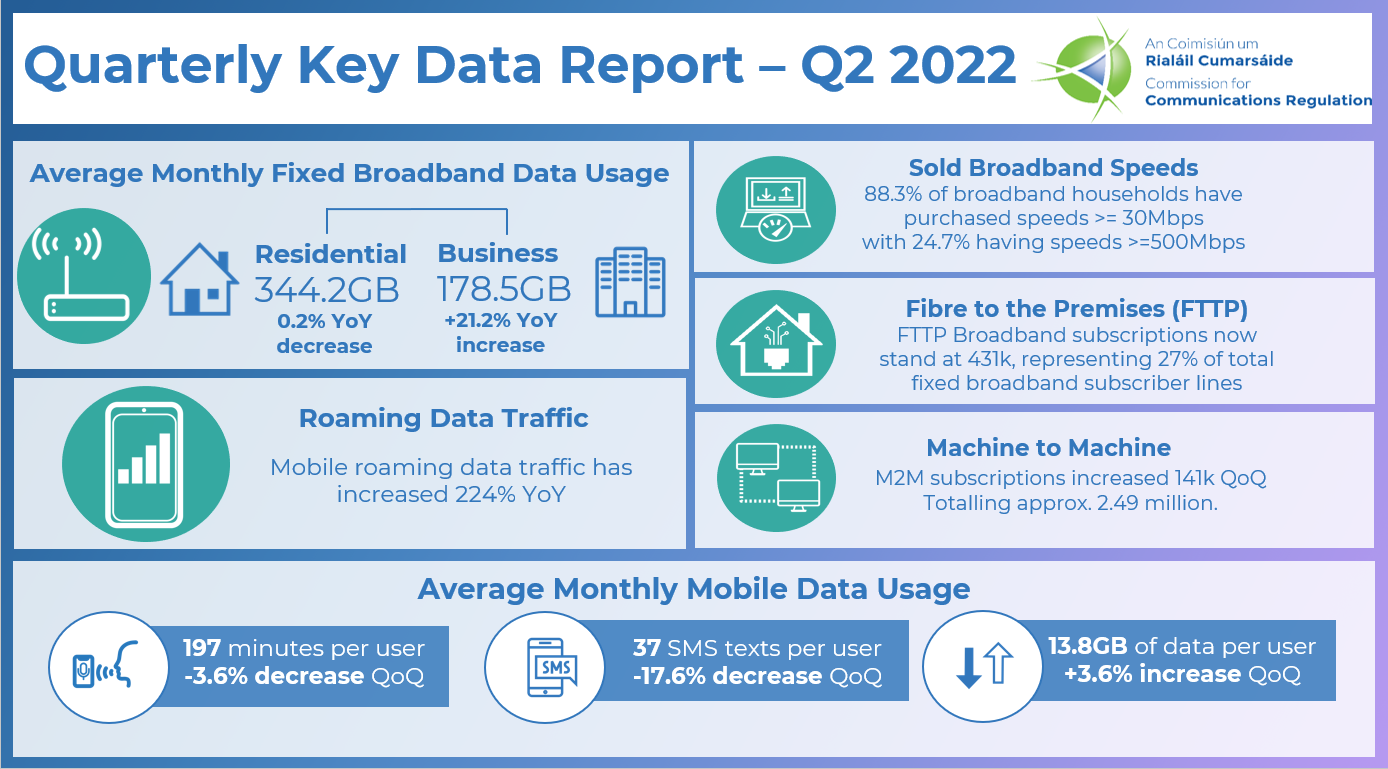 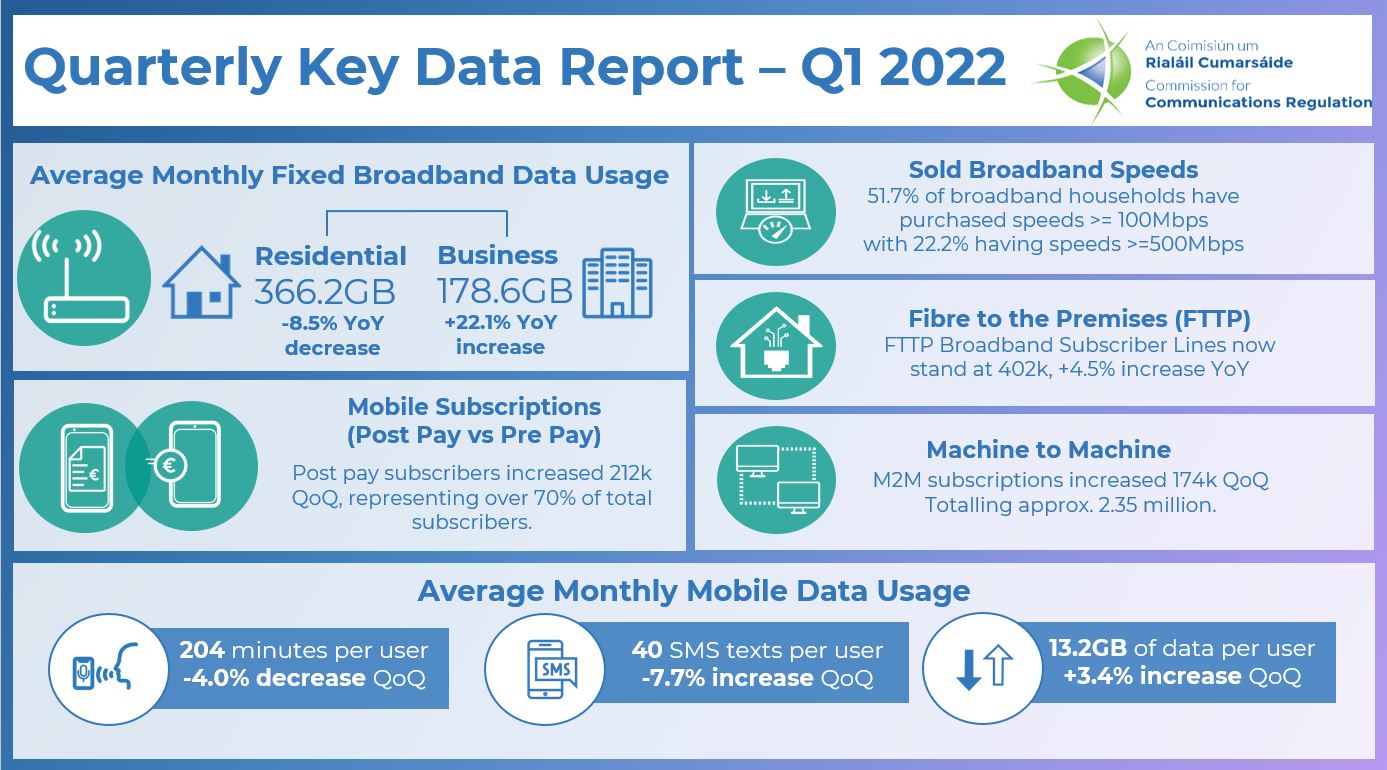