ComReg Commissioner Jeremy Godfrey elected as Chairperson of BEREC for 2019

ComReg Commissioner, Jeremy Godfrey, has been elected to the position of Chair of the Body of European Regulators for Electronic Communications (BEREC) for 2019. BEREC is the umbrella body for all EU electronic communications regulators

Mr. Godfrey, will serve as a Vice Chair on the BEREC Board for 2018 prior to taking up the position of BEREC Chair at the start of 2019. Mr. Godfrey will also serve as Vice-Chair of BEREC in 2020. Mr. Godfrey was elected Chair at the 33rd BEREC plenary meeting held in Copenhagen between the 7th & 8th of December 2017.

As BEREC chair, Mr. Godfrey will be responsible for overseeing BEREC activities and ensuring the BEREC work programme is completed. The work programme is likely to include implementation of the new EU Code for Electronic Communications, as well as projects related to BEREC’s strategic priorities of promoting competition in high-speed services, supporting a competitive digital economy, enabling 5G, maintaining net neutrality, and empowering consumers.

2019 also marks the tenth anniversary of the establishment of BEREC and Mr. Godfrey will serve as Chair in this anniversary period. ComReg last held the Chair of BEREC in 2010.

Mr. Godfrey said: “It is an honour to be elected to serve as Chair of BEREC. I am looking forward to working with colleagues from national regulatory agencies and from the European Commission to promote effective and independent regulation that ensures communications markets operate in the long-term interests of end users and society.”
Biographical Information about Jeremy Godfrey

Jeremy Godfrey has been a member of the Commission at ComReg since September 2013. He served as Chairperson of ComReg from March 2015 until March 2017. Mr. Godfrey has over 30 years’ experience in telecommunications, IT and public policy. He was the Government Chief Information Officer in Hong Kong from 2008 to 2011. He has been a partner in PA Consulting Group, has held senior roles in Hong Kong Telecom and the Cable & Wireless Group, and has worked for the UK Department of Trade and Industry and as an independent consultant. He holds an MA from Cambridge University, where he studied mathematic 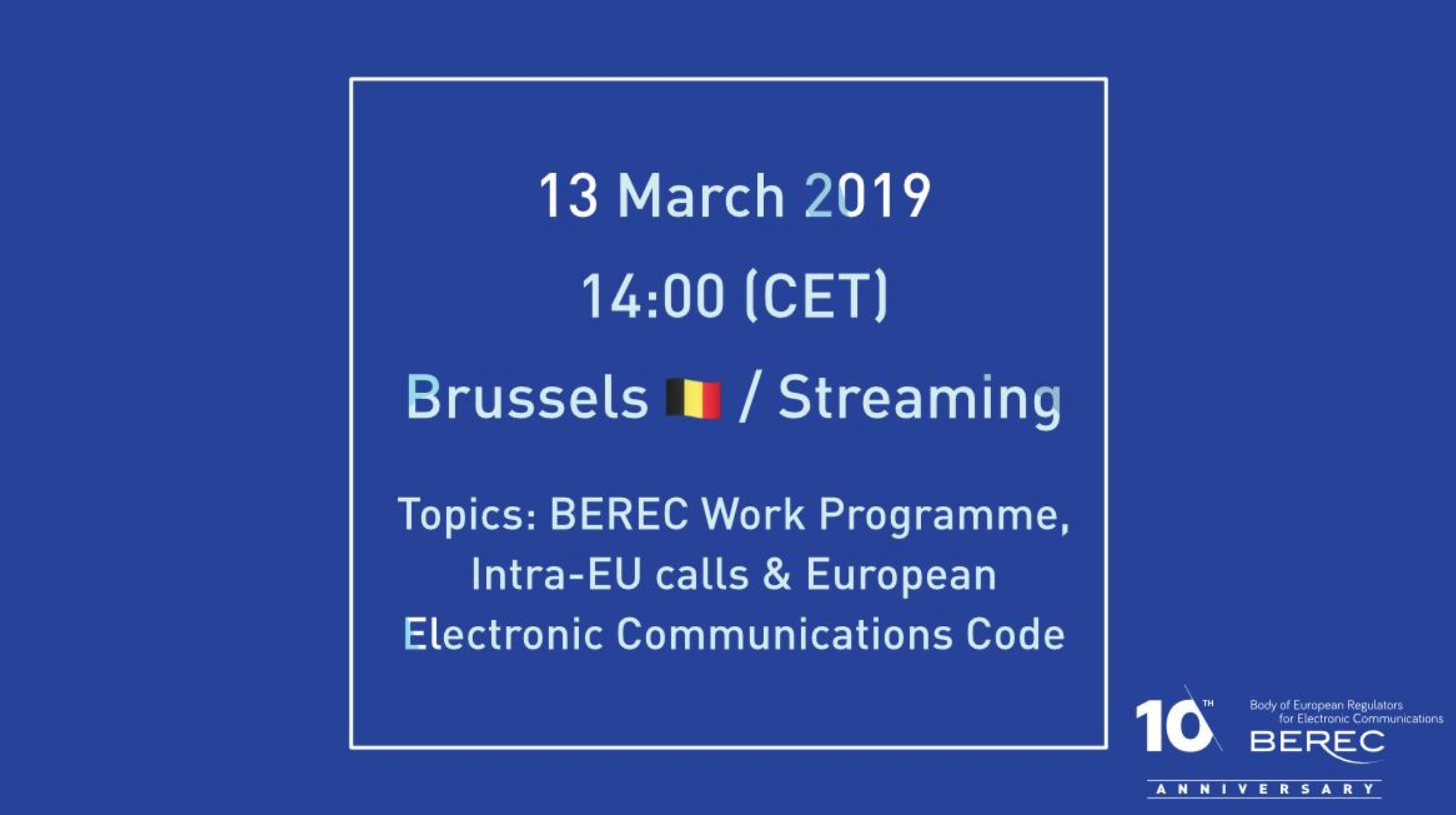 Invitation to the BEREC public debriefing of the 38th BEREC ... Invitation to the BEREC public debriefing of the 33rd plenar...

Invitation to the BEREC public debriefing of the 31st plenar...

Invitation to the BEREC public debriefing of the 38th BEREC ...