The evolution of mobile technology

Mobile technologies and services have evolved steadily over the past three decades and continue to do so. Ireland’s first “2G” mobile network was launched in 1993. In those early days users were limited to voice calls though within a few years they could also send and receive text messages. The early 2000s saw the first 3G networks and with them the first mobile internet services. These were followed by 4G networks in the early 2010s which offered faster mobile internet services. 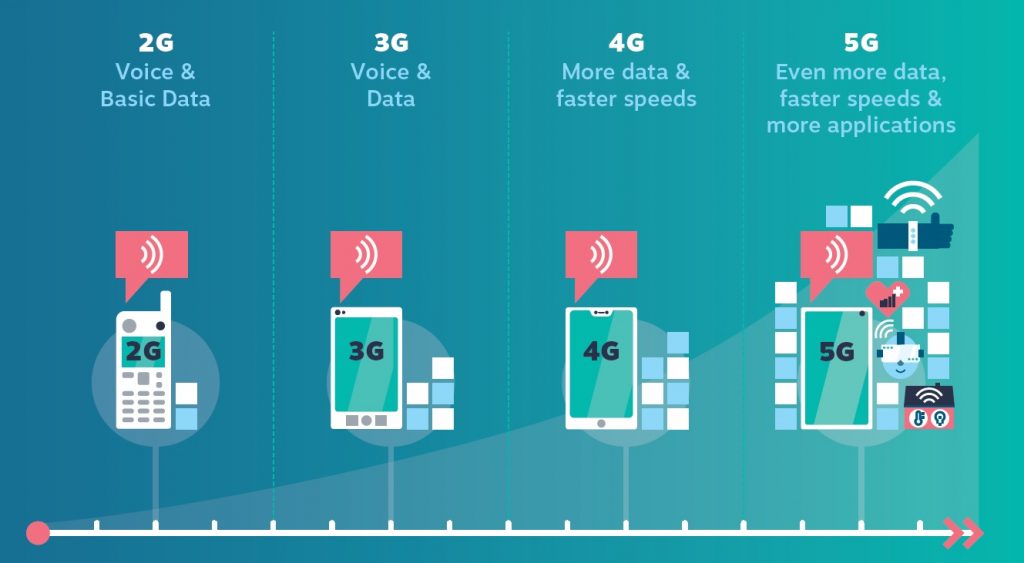 5G is the next generation of mobile technology.

The coming decade should see the rollout of 5G networks across Europe and indeed most of the world. 5G will operate alongside other technologies to provide still faster data speeds and better connectivity. 5G is also a technology which would enable connectivity between wireless devices. This should support the expected massive growth in the number of wireless devices such as in machine-to-machine (M2M) communications and the Internet of Things (IoT), although other technologies may also be suitable depending on its application. These advancements should improve existing consumer services and lead to innovative new services like smart healthcare and connected vehicles. 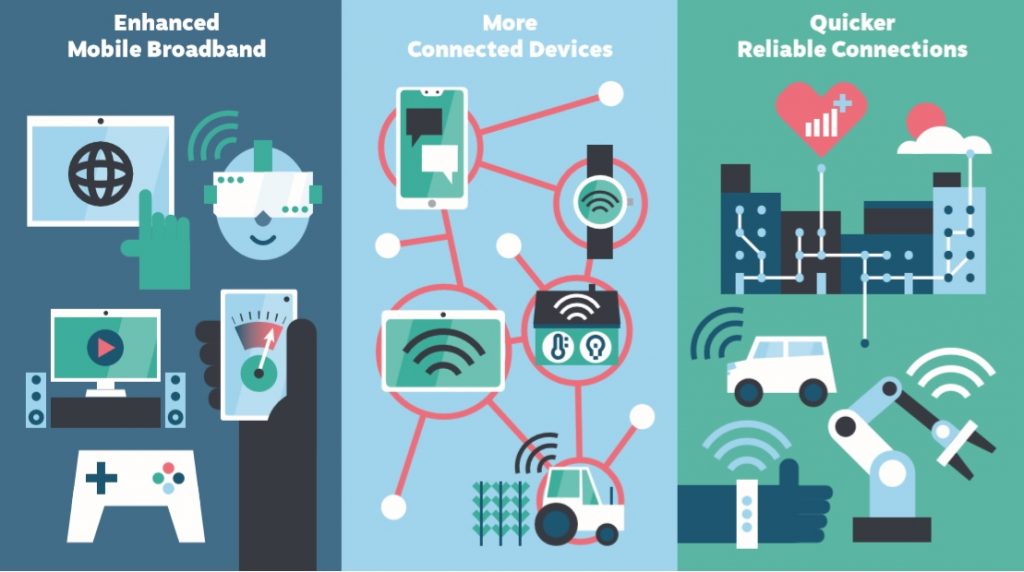 Mobile technologies and radio frequencies have become increasingly standardised throughout the world. This is why we can travel from Ireland to almost anywhere and still use our Irish mobile phones – locations change but the equipment and radio frequencies used to provide mobile services stay much the same.

What is ComReg’s role in 5G?

Radio frequencies are a national resource managed by ComReg in accordance with EU law. Certain radio frequency bands are especially suited to mobile networks. There is generally high demand for those bands which is why they are normally granted on foot of competitive award processes, including auctions.

In managing the national radio frequency resource ComReg also monitors compliance with conditions attached to licences and to the general authorisation, including in relation to non-ionising radiation (NIR).

In addition, ComReg facilitates the testing and trialling of 5G technology and services with the use of ComReg’s Test and Trial Licensing programme.

What are technology and service neutral licences?

Where possible, radio spectrum is awarded on a technology and service neutral basis, this being a principle of European law. This means that licensees may use the radio spectrum as they see fit provided that they comply with applicable harmonised standards. This gives operators freedom to continue to provide services on existing technologies (e.g. 2G, 3G, 4G) and flexibility to provide new services on new technologies (e.g. 5G), when ready to do so.